“That happens once in a blue moon!”

We’ve all said it, but what is a “blue moon” exactly, and how often do they really occur?

And more importantly, can the moon really turn blue?!

“Once in a blue moon” is a phrase that most people will be familiar with as an expression of an event happening extremely rarely. But what is a blue moon exactly?

Nowadays, a blue moon actually relates to the number of full moons within a calendar month. If a month contains two full moons (at the beginning and again at the end of the month), the second full moon in the month is known as a “blue moon”. A now less frequently used, but similar definition of a blue moon refers to a season that has 4 full moons, rather than the usual three.

The origin of this expression however probably roots back to 325AD, when the First Council of Nicaea originally declared the date of Easter to be the first Sunday following the first full moon after the Spring equinox.

By the 18th century however, this method of calculation had fallen out of sync with the seasons, due to the inaccuracy of the Julian calendar that was used at the time. It would’ve therefore been left to the Church to inform the populace when Easter would occur each year. 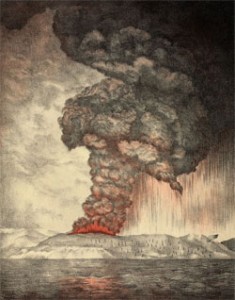 When a full moon appeared earlier than the expected, the Church would inform the people that this early moon was actually a “belewe” moon (a “betrayal” in Old English), meaning that Easter would be delayed and that the season of fasting for Lent would effectively be extended for another month until the next full moon appeared – presumably a highly unpopular announcement – a betrayal by the moon itself!

So how often does a blue moon occur?

Approximately every 1 to 3 years. Some years will even have two blue moons, but on average we see a blue moon every 2.7 years.