In today’s blog post, we take a look at the life of the man responsible for bringing us self-winding pocket watches and pedometers. A master watchmaker and brilliant inventor, Abraham-Louis Perrelet.

Watchmaker Perrelet was born in Switzerland in 1729 and was the inventor of a self-winding pocket-watch mechanism, which is still used in modern wristwatches.

Designed to wind itself, an oscillating weight inside the watch would move up and down as the owner moved, winding the mainspring and turning the gears to move the hands.

The spinning rotor in all automatic watches that responds to the wearers movement was officially recognised as an invention in 1777.

Perrelet was always an innovative watchmaker, despite beginning work with his father who was a farmer and carpenter. By the age of 20, Perrelet took the decision to pursue a career in watch-making. He succeeded in creating the first watches with cylinder, duplex, date and equation escapements as well as perfecting pinions, wheels, escapements and winding mechanisms. 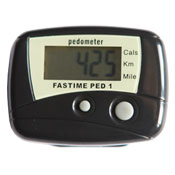 In 1780 Perrelet created the first pedometer – a device that counts each step a person takes by detecting motion of the hips. Originally utilised by sports and fitness enthusiasts, pedometers are now popular for measuring activity and are a useful motivator.

A watchmaker into old age, one of his last timepieces was devised at the age of 96 – it is now held at the Musee International d’horlogerie (International Museum of Horology) in Switzerland. Abraham-Louis Perrelet died in 1826 after almost 80 years devotion to watch-making techniques.

The Perrelet name lived on with the birth in 1781 of Louis-Frederic, who inherited his grandfather’s extraordinary talent for watch-making. His natural flair for astronomy, physics and mathematics led to the creation of “intel-ligent” watches and an astronomical clock – the latter earning Louis-Frederic Perrelet a royal appointment as watch-maker-engineer to three kings of France.